Peter Attia (@PeterAttiaMD) is a Canadian-American physician focusing on the applied science of longevity. He is the founder of the Attia Medical, PC, a medical practice with offices in San Diego and New York City focusing on improving lifespan while simultaneously improving healthspan (quality of life). Peter spent five years at the John Hopkins Hospital as a general surgery resident where he was the recipient of several prestigious awards, including the resident of the year. He later spent two years at the National Institutes of Health (NIH) as a surgical oncology fellow at the National Cancer Institute researching immune-based therapies for melanoma.

Peter has an M.D. from Stanford University and a B.Sc. in mechanical engineering and applied mathematics from Queen’s University. He is also the host of “The Peter Attia Drive” Podcast featuring guests and experts with insights on health, performance, critical thinking, longevity, and life.

Enjoy the takeaways of the conversation concisely drafted in this Health Theory Peter Attia Podcast Notes.

Peter Attia mentions that the race the rest of the population, apart from the athletes, should be running is to be the most kick-ass 100-year-old that ever lived.

Peter Attia mentions that one cannot hide poor form on deadlifts and squats. However, one has to realize that he/she is one lift away from causing harm to self in these movements. He talks about the over-credited VO2 max numbers, and how ensuring that joints are minimally loaded will increase one’s chances of winning the kick-ass 100-year-old race.

Peter Attia mentions how he feels safe in a race car than in his streetcar. He talks about the harmful effects of alcohol on the liver and how even one drink can compromise one’s abilities behind the wheel.

Peter Attia mentions that the short-term discomfort that comes with a fast is trivial when compared to its potential benefits. He abbreviates the Standard American Diet as SAD and insists that caloric restriction should be some component of a healthy nutrition strategy.

Peter Attia has made a lot of jumps in his career, from starting out with Engineering and Mathematics to moving into medicine, then into consulting, then into research and non-profit work, and then again into medicine. He credits the jumps to his power of evaluating an option based on the time left to do it rather than the amount of investment made into an earlier thing.

Insecurity as a Driving Force and Getting Better

Peter Attia says that insecurity is his driving force. He credits David Foster Wallace’s Commencement Speech to Kenyon College’s 2005 graduating class that opened his eyes for knowing himself better. In the speech, Wallace mentions that if a person worships intellect he/she will forever feel like a fraud. Peter Attia is marveled by intellect and has the fear that people might find out how much he doesn’t know.

How Peter Attia is Actively Getting Better?

Peter Attia believes that the biggest change for a person will depend on where they stand in one of the following four components,

The biggest impact on health will be improving the area in which a person lacks the most.

However, out of the four, Peter Attia picks sleep as the most important metric because a catastrophic interruption to sleep, when compared to the other three metrics will cause the greatest detriment to health. 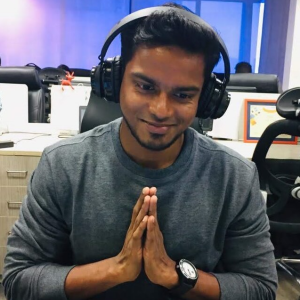